You are here: Home / Luxury / Tips / Hotels Of The Future – What Will They Be Like? 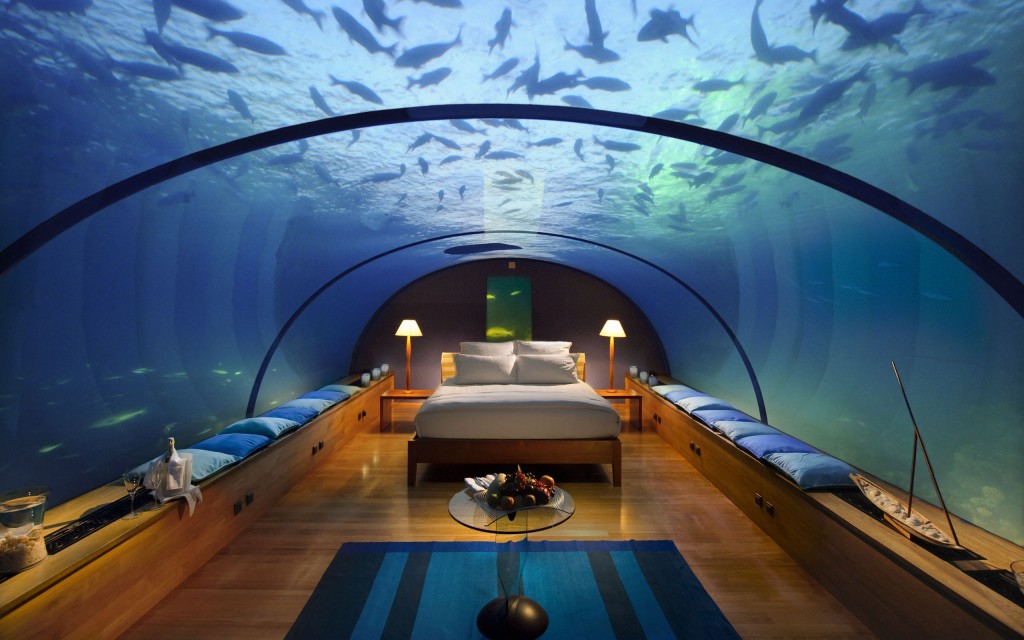 The hotel is in a constant cycle of evolution and as engineering techniques and technology improves and advances, there are designers, architects, investors and developers who are pushing the envelope with regards to what a hotel should look like.

With that in mind, what does the future hold for us with regards to hotels?  That is the question I am hoping to answer to some extent in the following post as we briefly look at some of the hotels that are either just at proposal stage, under development or nearing completion.

To start with, the Czech Republic designers Atelier 8000 concept for a precariously, but safely balanced mountain lodge hotel located in Slovakia known as Kerzmarska Hut.  If the proposed development ever reaches fruition, you will require not only a healthy bank balance but a little bit of bravery to boot.

Designed by Alexander Asadov, the Aerotel hotel, although a concept at the moment; will float on water to serve as a protection for the sea life below.  Its web-style structure would have the ability to hold hanging gardens, airstrips and roads.

Margo Krasojevic, an architect, has shared her latest drawings on a design for a high concept, cutting edge ‘pop-up’ hotel that could be set up beside a private jet that had just landed.  I love the idea of this, even if the price would be way too expensive for my blood.  The idea of being able to go anywhere, regardless of what accommodation is available there and having portable accommodation is very attractive.

The cave hotel, Songjiang, is currently being built into an unused quarry near Shanghai.  As well as the main hotel, it will also include public areas underwater, a large water park and leisure complex.

Gianluca Santosuosso, the Italian designer who came up with the concept for the MORPHotel, based the idea on a vertebral spine.  It would be able to adapt its shape based on weather conditions as it floated across oceans and seas like a cruise liner.

MahaNakhon on paper looks like a Jenga-inspired hotel with exposed sections that look very dramatic and intense.  It is currently under construction in Bangkok and will contain a total of 194 Ritz-Carlton suits, as well as shops and other amenities and extras.  Work on the skyscraper is scheduled to be completed in 2015.

Despite the impossible look of the design, the Aurora Bubbles capsule-style hotel is a reality and opened in Finland during September.  It is situated in the grounds of the Nelim Wilderness Hotel and each of the pods feature a toilet, double bed, heating and beautifully designed glass roof that enables guests to have an inspired view of the Northern Lights.

The Giancarlo Zema Design Group is responsible for the jaw-dropping plans of the Amphibious 1000.  This hotel concept incorporates two 1 km long arms and 80 glass bottomed, floating suites that will give guests up close and personal views of the artificial reef that lies beneath them.  Despite being ready for construction off the coast of Dubai, it has not been officially approved yet

As you can see, there is a lot to be excited about in the hotel sector of the future, with no idea considered too crazy or off-kilter.